- November 28, 2013
In the previous blog post about setting logstash with ElasticSearch (here), I was output like this:

As you can see, what logstash does is only move logs from redis to elasticsearch. There is no way it needs a lot of cpu power as I pointed out in the previous blog post. 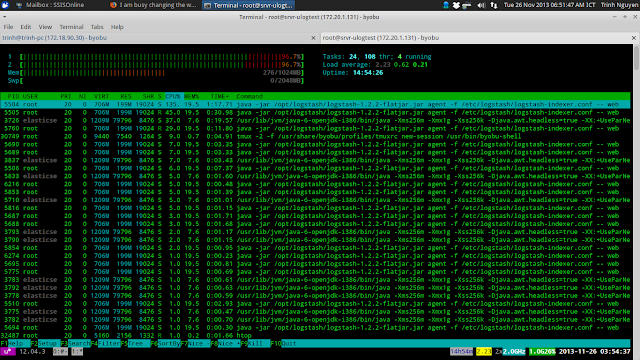 What's wrong? After a while searching around Google and digging the logstash documentation, I found out the reason. It is the "embbedded" option in my configuration.


According to the logstash documentation about storing logs to elasticsearch:

Run the elasticsearch server embedded in this process. This option is useful if you want to run a single logstash process that handles log processing and indexing; it saves you from needing to run a separate elasticsearch process.

I'd already run a ElasticSearch instance in the indexer server. So, It caused conflict. The CPU usage of logstash process raised to 100%, and a lot of exceptions in logstash output.


To fix that, I just remove the "embedded" and add the "host" option to elasticsearch output setting:


Restart the logstash service in the indexer server and you will see the awesomeness. 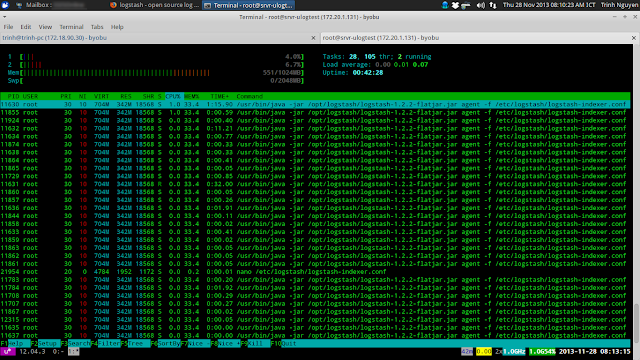