Showing posts from May, 2014
Show all

Hack the SelectDateWidget of Django's form

- May 29, 2014
Remember how we can fetch data from an external database to a Django's form? If not, you can check out this blog post: http://iambusychangingtheworld.blogspot.com/2013/07/django-make-use-of-django-forms.html Code block (1): ... def __init__(self, *args, **kwargs):     db = my_db_utils.MyDBUtil()     self.fields['mydate'].initial = my_db_utils.get_data(db, 'my_date') ... Today, I found out an issue with the SelectDateWidget for django.forms.extra.widgets module. It could not display the correct year fetched from the database if the year is in the past. It will render the current year instead. The only correct parts are the day and the month of the intial date data fetched from db. As I invested source code of the django/forms/extra/widgets.py, I saw: Code block (2): ...     def __init__(self, attrs=None, years=None , required=True):         # years is an optional list/tuple of years to use in the "year" select box.         self.attrs = a
Post a Comment
Read more

“I examined the poets, and I look on them as people whose talent overawes both themselves and others, people who present themselves as wise men and are taken as such, when they are nothing of the sort. From poets, I moved to artists. No one was more ignorant about the arts than I; no one was more convinced that artists possessed really beautiful secrets. However, I noticed that their condition was no better than that of the poets and that both of them have the same misconceptions. Because the most skillful among them excel in their specialty, they look upon themselves as the wisest of men. In my eyes, this presumption completely tarnished their knowledge. As a result, putting myself in the place of the oracle and asking myself what I would prefer to be — what I was or what they were, to know what they have learned or to know that I know nothing — I replied to myself and to the god: I wish to remain who I am. We do not know — neither the sophists, nor the orators, nor the artists, n
Post a Comment
Read more

Wish me a happy birthday

edx-platform - A first look at paver in Open edX

- May 21, 2014
Yesterday, I noted that the edx team has moved the edx-platform build system away from rake and use paver instead: https://groups.google.com/d/msg/edx-code/0duQswYtjqg/A6HOFR_npjcJ And when I was trying to create a script to update my custom theme from the git repo, I got some feedback and advice to use the paver tool of edx-platform instead for the sake of simplicity : https://groups.google.com/d/msg/edx-code/ozqkmW3ll10/dsr4TbG3fAUJ So, I took a while to look into the /edx-platfrom/paverlib/ to see how to use paver , what are the available options of paver in Open edX? Here they are: edxapp@demo:/edx/app/edxapp/edx-platform$ paver help ---> paver.tasks.help Usage: paver [global options] taskname [task options] [taskname [taskoptions]] Options:   --version             show program's version number and exit   -n, --dry-run         don't actually do anything   -v, --verbose         display all logging output   -q, --quiet           display only errors
2 comments
Read more

- May 16, 2014
After logged in into the django admin interface of CMS (/admin) as superuser, click the Course Creator link, I got this error: DatabaseError: (1146, "Table 'edxapp.course_creators_coursecreator' doesn't exist") First, I tried to migrate the db of edx following the official wiki of Open edX (https://github.com/edx/configuration/wiki/edX-Managing-the-Production-Stack) sudo -u www-data /edx/bin/python.edxapp ./manage.py lms syncdb --migrate --settings aws But not thing changed. After a while, I noted the migrating command, It only migrates the lms, not the cms. So, gotcha! I just need to migrate the db of CMS and everything will be fine: sudo -u www-data /edx/bin/python.edxapp ./manage.py cms syncdb --migrate --settings aws
Post a Comment
Read more

Accept both username and email address as login identity in simplesamlphp

Setting up SSL in Apache 2.2 in Windows

- May 14, 2014
To enable SSL in Apache 2.2 in a Windows environment, you need to have these following things, certificates: + Your server certificate + The Intermediate CA certificate + The root CA certificate or + The combined certificate (of the above ones) and + The private key 1. Open the main configuration file of Apache ( C:\Program Files\Apache Software Foundation\Apache2.2\conf\httpd.conf ) and make sure these lines look like following: ... Include conf/extra/httpd-ssl.conf ... LoadModule ssl_module modules/mod_ssl.so ... 2. Open the ssl configuration file ( C:\Program Files\Apache Software Foundation\Apache2.2\conf\extra\httpd-ssl.conf ) and modify as following: 3. Restart the Apache service: > Open Windows command prompt (> Start > type cmd) and enter: C:\ net stop apache2.2 C:\ net start apache2.2
Post a Comment
Read more 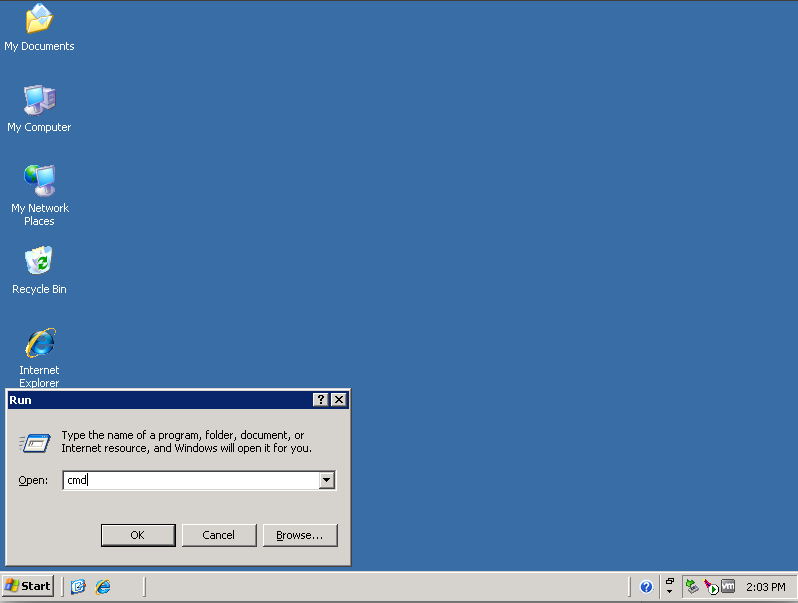 How to export Environment Variables in Windows

- May 12, 2014
There is a way to export and import Environment Variables in Windows. That is export the registry keys which store those variables. For System Variables, open registry editor (cmd > regedit): HKEY_LOCAL_MACHINE\SYSTEM\CurrentControlSet\Control\Session Manager\Environment For User Variables: HKEY_CURRENT_USER\Environment Then you can import these registry keys into other windows machines.
Post a Comment
Read more

- May 09, 2014
I got this error when trying to delete users from the django admin interface of the edx platform: DatabaseError: (1146, "Table 'edxapp.social_auth_usersocialauth' doesn't exist") This bug can be reproduced on edx-platform master (commit: 04376e0 ) according to William Daly (will@edx.org). I reported this issue at https://github.com/edx/edx-platform/issues/3639 A quick fix is to: 1. Add 'social.apps.django_app.default' to INSTALLED_APPS in /edx/app/edxapp/edx-platform/lms/envs/common.py 2. Then run the db migration: $ cd /edx/app/edxapp/edx-platform $ sudo -u www-data /edx/bin/python.edxapp ./manage.py lms syncdb --migrate --settings aws
Post a Comment
Read more

To import SSL certificate and key into PowerSchool's database 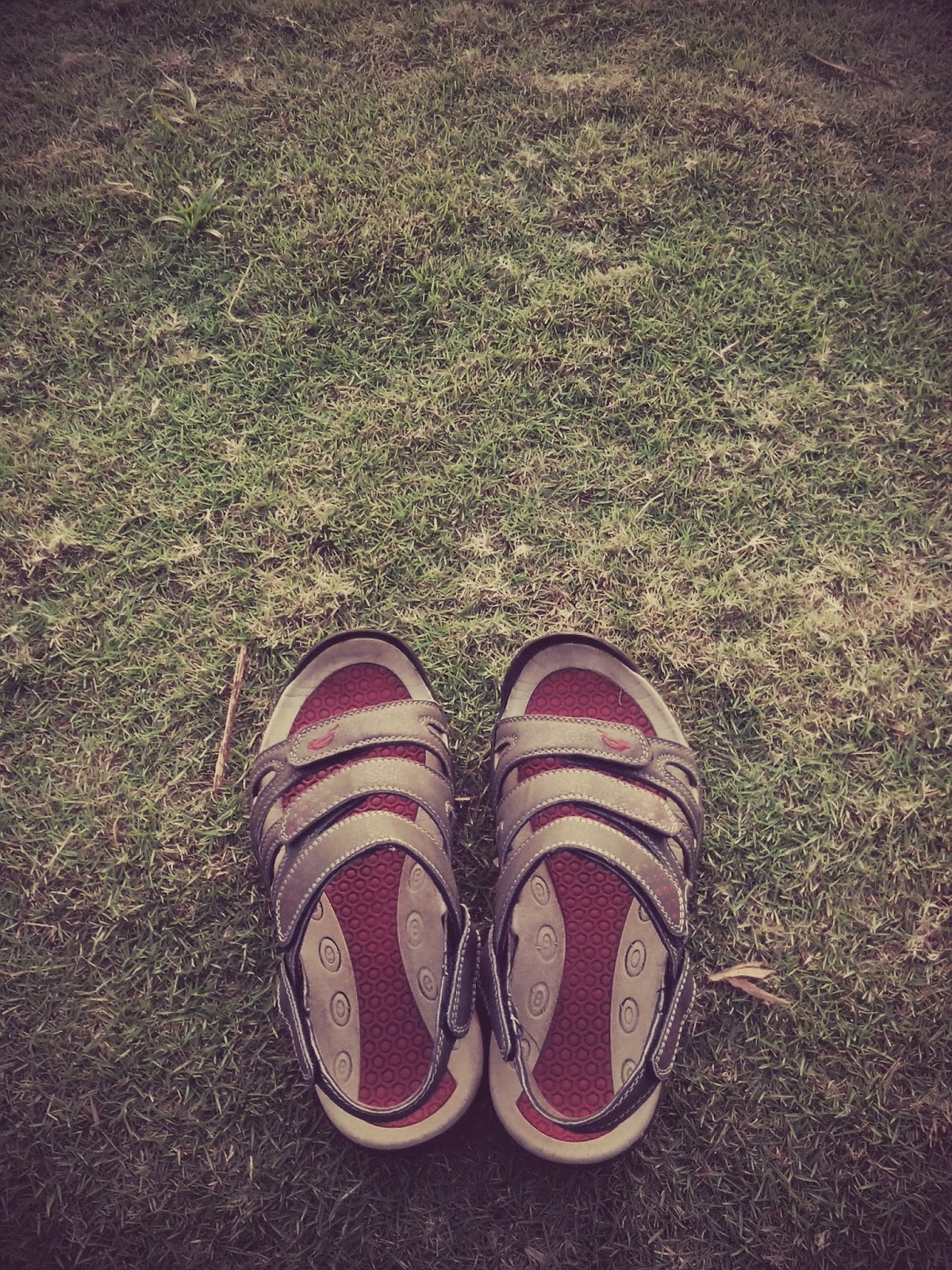 mysqld did not start properly and how to troubleshoot

- May 06, 2014
Remember how we used our custom theme for the Open edX? We added some custom variables in the server-vars.yml file: http://iambusychangingtheworld.blogspot.com/2014/03/edx-platform-using-standford-them-for.html Here is the full list of variables you can use to make change to your own server's configuration: Notes : you should check out this file regularly since it will be updated over time  https://github.com/edx/configuration/blob/master/playbooks/roles/edxapp/defaults/main.yml
Read more
More posts