"Searchlight for U" at the Korea&Vietnam OpenInfra User Group meetup

- October 02, 2019
Last night, in a cozy conference room in Seoul, South Korea, I had had a very friendly meetup with the OpenStack Korea User Group with around ten or so people. I and Sa Pham, the Vietnam OpenInfra User Group representatives, were there to share our experiences on OpenStack and networking with others. This is not my first time with the Korea User Group but meeting people working on open source projects or want to learn about OpenInfra technologies made me super excited.

Like last time, I had a brief presentation about OpenStack Searchlight showing folks what was going on and my plan for the Ussuri development cycle. And, that is why the title of my talk is "Searchlight for U". 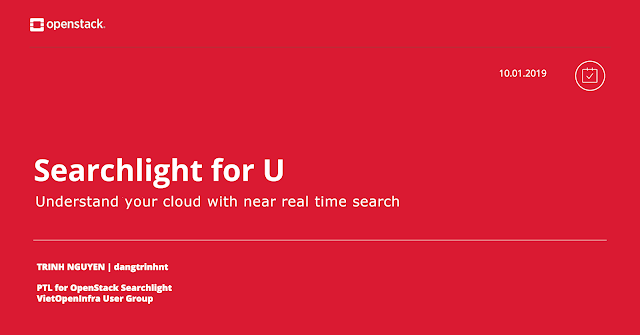 Even though in Train, I had not put much effort into Searchlight but while presenting people the progress, I was amazed how far we have gone. I had been Searchlight's PTL for two cycles and now one more time. Hopefully, I could move the project forward with some real-world adaptation, use cases, and especially being able to attract more contributors. 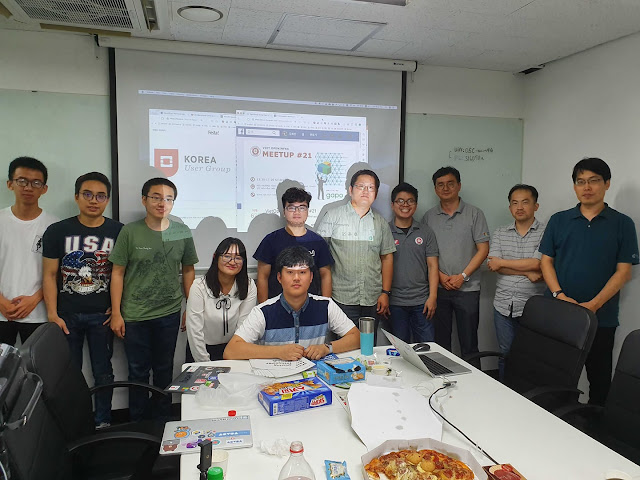 We only had three presentations in total and it was fast because we would want to spend more time on networking and knowing each other. In the end, I and the Korea User Group organizers discussed our plan for the next OpenInfra study sessions. We then said goodbye and promised to have this kind of event more frequently.